On this site, the items can be shipped overseas by using
the international forwarding service.


[ The available international forwarding service on this site ] 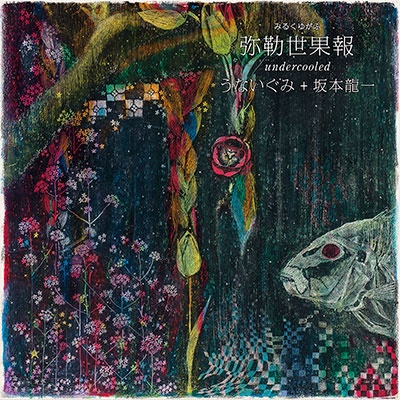 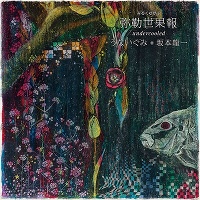 ※配送に関するご注意
・他の商品と併買の場合には、出荷の遅いものに合わせてのお届けとなります。
・海外へのお届けにつきましては、上記配送状況の限りではございません。
あらかじめご了承ください。
・Please note that for international shipping it may not be limited to the above shipping conditions.

Ryuichi Sakamoto's latest work is a charity single created in collaboration with Unaigumi, an Okinawan folk music group composed of four women. After “Undercooled” was originally released on Sakamoto's 2004 album, CHASM, Koja, singer of Unaigumi and old music friend of Sakamoto and her producer/husband reached out to him to write lyrics and a song in Okinawan over the track. The artists began working on it since last year, recording voice and Sanshin (Okinawan Three Strings). After a brief interruption in the production due to Sakamoto's illness, the group completed the song this summer.
The title, “undercooled” came in response to the heated political situation in the world after the 9.11 attacks and during the ensuing Iraq war. Sakamoto’s message was clear: “the world needs to cool down.”A different, but equally important situation has been simmering in Okinawa around the new construction of an American military base from Futenma to Henoko. Thus the new version of “undercooled” was created to restate the original message to “cool off.” Sakamoto and Unaigumi created this new version of "undercooled" with the hope of creating a peaceful Okinawa, Japan, and the world at large using the power of music and song.
The word "Miruku Yugafu" is an ancient Okinawan term meaning "an ideal,peaceful, and prosperous world which the Maritreya will bring." The lyrics, sung in the Okinawan dialect, praise of nature and evoke the pathos of war. Unaigumi formed in 2014 around Misako Koja, an artist who participated in Sakamoto's Neo Geo, Beauty, Opera LIFE, and other album release tours. Joining her are Namiko Miyazato and Yukino Hiyane who were the original members of the well-known Okinawan music group, Nenes, alongside Koja, and Emiko Shimabukuro to complete the four. The many years of training in an Okinawan-style folk singing has given the four women a warm, yet reserved voice, and to this, Sakamoto devoted the arrangement of the song, emphasizing the vocals by creating an expansive soundscape.
At 5 bars, the chorus of this piece is among the shortest in music history and the rest of the song is composed of the repetition of a similarly mystical melody. Moreover, despite being an arrangement of a preexisting song, the piece exhibits the naturalism that an ancient Okinawan chant possesses. In the interlude, the listener is presented with singer, UA, and her children speaking about humans and the universe.
All proceeds, excluding the fees and expenses of the label, will be donated to the Henoko Fund* to support the ongoing struggle of the local citizens affected by the construction of the new replacement military base. The artwork seen here was created and donated by Cocco, in support for the cause.

*Henoko Fund: The aim of this fund is to support the opposition of the construction of the new Henoko military base, to support the effort to withdraw the deployment of the Osprey as requested in the petition, to support the on-going activism to close and ban relocation of the Futenma base within the prefecture, and to clear a path for the future of Okinawa.
http://henokofund.okinawa/about.html


Unaigumi Profile：
Unaigumi is a four-person Okinawan folk music group composed of Namiko Miyazato, Yukino Hiyane, Emiko Shimabukuro and Misako Koja. Misako Koja, known for her hit song, Warabigami, joined together with Miyazato and Hiyane, who together formed the original members of the well-known Okinawan folk music group, Nenes. Shimabukuro joined the three to formally launch the group in 2014. The word “unai” of Unaigumi means sisters in the Okinawan dialect, and the four are just that. Their first album, Unai Jima, which was officially released in January of 2015 and was produced by Kazuya Sahara.

Ryuichi Sakamoto Profile：
Born in Tokyo in 1952, Sakamoto made his solo debut in 1978 with Thousand Knives. In the same year, he joined the world-renowned techno band, Yellow Magic Orchestra. After disbanding, Sakamoto continued to stay active in various fields, winning a British Film Academy Award with his original score for Merry Christmas Mr. Lawrence, and a Grammy and an Oscar for the original score for The Last Emperor. His progressive attitude and persistent desire to innovate his sound has gained worldwide recognition. Sakamoto is also vocal in the realm of social issues such as environmentalism and nuclear energy, and to do so, he has created multiple organizations. In July 2014, he announced a hiatus due to throat cancer, but has returned to work in August of this year.